The cycling world’s oldest Monument will take place on Sunday, April 24. There are many famous cyclists expected to join the Liege-Bastogne-Liege race. We look at the bookie favorites of the final race of the Ardennes Classics season.

The Liege-Bastogne-Liege race is one of the most difficult single-day races due to the challenging course and length. Also, it takes place a week after the Paris Roubaix and several days after the La Fleche. In addition, the race features challenging climbs.

The list of participating cyclists includes defending champ Tadej Pogačar and four-time victor Alejandro Valverde. However, other riders are considered top picks to win the race.

Bookie Favorites for the Liege-Bastogne-Liege Race 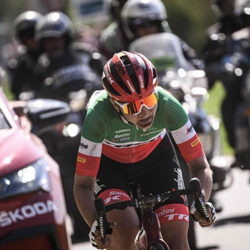 Pay per head bookie experts pick Tadej Pogacar as the favorite to keep his title in 2022, despite failing to finish in the top ten at Fleche Wallonne. Also, his performances this season show he can dominate the most significant races. In addition, he has the experience of climbing the Ardennes’ steep inclines.

Pogačar’s 10/3 odds mirror his capacity in the race. The Slovenian won last year in the last run. It was the first Monument win of his cycling career.

PPH bookie picks Alaphilippe as the second favorite of the race. He has odds of 8/1. Even though he only had one win in the season, his fourth-place finish at Fleche Wallone justifies his low price.

The French world champion has a background marked by solid exhibitions at Liège as well. He finished in the top five of the race on four occasions. Also, he is motivated to win his first title in the event.

Sports betting software platform operators pick Matej Mohorič as the third favorite with odds of 14/1. The Slovenian has performed reliably well as of late, following his enormously great win at Milan-San Remo in mid-March.