The Colorado Department of Revenue released a report that showed an August sports betting surge. It reported a decline of 20.8 percent month-over-month in sports betting revenue during the month. However, its handle more than doubled from the previous month to $128.6 million.

Players bet a total of $126.6 million with online sportsbooks in August. On the other hand, retail sportsbooks got $2 million in wagers. Players won a total of $121.1 million from sports bets during the month. 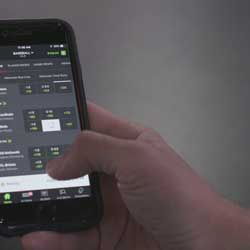 After player winnings, gross gaming revenue for August was $7.5 million, which was up 44.9 percent from the previous month. However, the net income was only $1.9 million, which was a decrease from $2.4 million in July. It was the lowest monthly total since the first full month of sports betting in May, according to sportsbook pay per head sources.

Since May, licensed operators in Colorado earned $7.4 million. Also, players wagered a total of $249.6 million. Sportsbooks will make more in September as operators rolled out more offerings in the previous weeks.

Make sure you read how to be a bookie for dummies tutorials. That way, you can have a profitable sportsbook.