Tennessee sportsbooks achieved the best US debut, according to regulators. They generated more wagers in the first month than any other US state. Sports betting companies got $131.4 million in handle in November, which was more than $35.2 million set by Indiana in September 2019.

The sports betting market opened in the state at the start of November. Its record-breaking handle surprised some pay per head sportsbook providers. The launch came at the perfect time when college football and NFL seasons were in full swing. Also, operators took advantage of the football-crazy region.

New Jersey is the top sports betting state. However, it only broke the $130 million milestone when its handle reached $183.9 million in its fourth month after launch. On the other hand, Pennsylvania took eleven months to record $194.5 million in September 2019. 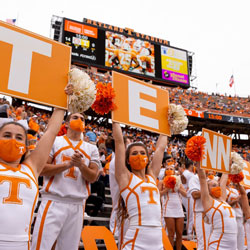 With its November wagers, Tennessee will come in seventh place. It would be behind New Jersey, Nevada, and Pennsylvania, the top three sports betting states. According to sportsbook pay per head service experts, Indiana is in fifth place with $251.4 million in November. It was a new record for the state.

Nevada and Illinois haven’t received their November reports yet. However, experts have estimated their handle for the month. In Tennessee, four sportsbooks were launched in the first month. They are DraftKings, FanDuel, Action 24/7, and BetMGM.

Industry insiders expect three more sportsbooks to enter the market in 2021. They are William Hill, WynnBet, and BetAmerica. With the number of operators increasing, Tennessee is expecting its market to grow. People are wondering if the state will challenge Indiana and Colorado in market size.

To learn how to be a successful bookie, you should emulate what Tennessee sportsbooks have done in their debut. They lived up to the expectations and provided the services that players were looking for.