The South Korean took enough damage to the head and body to fall to the ground on many occasions, but it was declared a slip each time he did.

By the fourth round, Yoo also showed signs of fatigue, despite the fact that his occasional showboating kept the crowd on its feet.

Based on software sportsbook reports, Pacquiao won by unanimous decision. 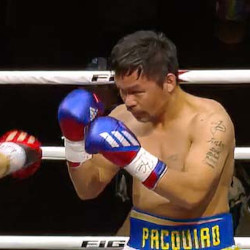 As the fight night approached, the 8-division world champion weighed 161.1 pounds, his highest ever. Sportsbook PPH experts stated that Pacquiao regularly fought at 147 pounds in his later years.

According to sports betting software company sources, Pacquiao has not boxed since his retirement following a defeat to Yordenis Ugas in August of 2021. Therefore, this bout marked his return to the sport.

Pacquiao, who stood for president of the Philippines last May but lost, has pledged to use the money he makes from this exhibition fight to fund the construction of affordable housing for the poor.