The $261.4 billion also generated $40.8 billion in taxes – for all federal, state and local. It also includes $10.7 billion worth of gambling taxes. According to the report, “The $40.8 billion of tax revenues supported by the gaming [industry] represents an injection into public budgets that pays for a range of services including public safety, hospitals and schools. In fact, total tax revenues… generated by the gaming industry are enough to pay for the salaries of approximately 692,000 teachers”.

Latest Studies about Gambling in the US 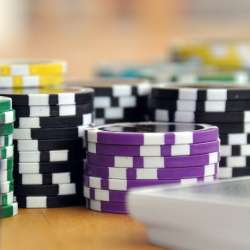 The most recent study created by the AGA was back in 2014. Since then, there have been a lot of changes in the industry, with a lot more options for entertainment as well as an increase in their participation in the economies of each state. They have also contributed to the support of direct jobs, where 727,000 are directly employed in the industry, with a generated income of $33.3 billion.

Of course, with the repeal of PASPA this year, the numbers for these could increase by a higher margin in the years to come. Since the repeal, states have begun the process of legalizing certain gambling operations such as sports betting.

Some are already operational, with more states opening up their doors towards the end of the year. And with the accessibility of sportsbook software, one can easily pick one sportsbook provider from any number of pay per head reviews and enter the industry.

The growing market for gambling in the US could balloon into one of the most profitable gambling markets in the world.