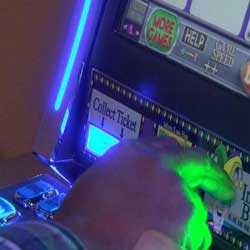 Governor Kay Ivey created the Alabama gambling study group to investigate the impact of expanded gaming in the state. It has until December 31 to release its report on the topic. Thus, the deadline reduces the chances of including a lottery proposal on the November ballot.

The study group has 12 members and headed by Todd Strange, former mayor of Montgomery. The report will address several issues, including expenses of allowing gambling and revenue from the industry.

In her State of the State address, Ivey said that she wanted to get actual figures on gambling expansion before approving it. She wants to get the facts first before deciding on the topic. Also, she wants to ensure that the decision is for the best interest of the residents.

House Ways and Means General Fund committee chairman Steve Clouse said that waiting for December 31 means missing the November election. It is the most participated election during a presidential year. That’s why he wants to have a lottery vote in November.

According to Bookie Pay Per Head sources, Alabama is the Southern state without a lottery. Gambling is illegal except for the casinos and dog tracks operated by the Poarch Band of Creek Indians.

There were previous attempts to expand gambling in Alabama within the last two decades. However, politics got in the way. Based on bookie software reports, supporters of dog tracks wanted to allow electronic bingo operations on the premises. However, the Poarch Band opposed the amendment. As a result, lawmakers supporting the dog tracks go for lottery bills to address their concerns.

According to Sports Betting Solutions providers, the Poarch Band can have table games and slot machines in their casinos if Ivey agreed with the deal with the tribe. That will bring more money to the state budget. However, a compact will not happen before the release of the report.